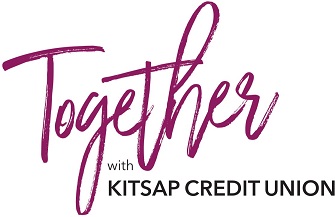 Let’s start by recognizing Black History Month through the story of one of our employees: Tony Berry.

Kitsap Credit Union employee Tony Berry does.  A few years ago, he started down the road of researching his family’s history and found not only a treasure chest of knowledge but also an expanded family.

It all started with a DNA test through Ancestry.com that linked him with high probability to Gina Gilliam. That connection opened up a path that led him to St. Mary’s County, Maryland and to one Johnny Miles.

Johnny was enslaved on a cotton plantation but “one day decided he wasn’t going to be a slave anymore.” [1] Using his intelligence, wits, mettle, and belief in God, he changed his last name to Berry after escaping to the nearest Union Army camp at Point Lookout, MD. He traveled 30 miles to get there while using a horse bridal as a decoy to throw off the slave catchers.

Johnny had a vision of how he wanted to live his life. He wanted to help other enslaved people to be free and the way he saw to do that was to join “Massa Linkun’s Army” as he put it.  Not swayed by the racism and barriers he encountered, he became a soldier.  After the war, he married Nancy, the sister of his army friend, another self-liberated man named Sam Jenifer who he had met at Point Lookout.

Nancy and John’s son, LL Berry, became a Reverend who lived his life always standing up for the things he felt were right.[1]  This was the role model that LL Berry’s son, Dr. Leonidas Berry, had.  One of six children, Leonidas H. Berry declared at the age of five that he would become a medical doctor. This was after learning that one of his great uncles practiced medicine with his slave owner, Dr. William Thomas, the brother of the governor of Maryland at the time James Thomas. It’s important to remember that this was 1907 and black doctors were barred from societies like the American Medical Association.

In 1895 Rebecca Lee Crumpler, the nation’s first black female doctor, helped to create a community health system for the black community.  She also created the National Medical Association to support black doctors and nurses.  This was the era in which Leonidas made his claim, but he didn’t waver despite the opposition and lack of opportunity.  He not only went on to get his Ph.D., he also established a successful practice and became a leading gastrointestinal doctor in the United States. He went on to become the President of the National Medical Association and, along with all of his exemplary work in the medical field, he never lost sight of important work needing to be done in civil rights.

This is part of Tony’s family’s story, where he came from and who his role models are.

Thank you, Tony for sharing your family’s story and your great passion for your history and the importance it plays on contemporary issues.

It’s important to know our history, to know where we came from, and how our ancestors have affected us in ways we never imagined so that we can continue to move positively forward.

Tony Berry is a Full Stack Developer for Kitsap Credit Union.  During the day, he works on the backend of the website and other technology systems, building applications and keeping everything in working order. He is a doting father to one rambunctious boy and a loving husband.  He also speaks fluent Japanese.